As of November 2021. Members serve a two-year term.

Mike Beard was a member of the Minnesota House of Representatives from 2002–2014. He served as lead Republican on the Transportation Committee for three terms and chaired the committee in 2011–2012. He was elected to the Scott County Board in November 2014.

After one term in the House of Representatives, Scott Dibble was elected to the Minnesota Senate in 2002 and is now in his fifth term as the senator for District 61 (southwest Minneapolis). Senator Dibble is the Ranking Minority Member on the Minnesota Senate's Transportation Finance and Policy Committee.

In his most recent capacity as executive director, Goins created an organization named “Access to Solutions.” The objective is to “bring the best of the best” strategic thought-leaders together to focus on the healthcare and wellness industry in Minnesota's Medical Alley. In addition, a major priority is addressing the transportation infrastructure needs of this region and examining the healthcare supply chain requirements for our future. Goins served in various sales and marketing roles at FedEx for more than 35 years, retiring at the end of May 2019.

Jay Hietpas is MnDOT’s assistant commissioner for operations and the director of the Office of Connected and Automated Vehicles (CAV-X). Hietpas has worked for MnDOT for 20 years and also spent four years in the private industry. He has held a variety of positions in design, construction, innovative contracting, traffic, and technology.

James (Jim) Hovland is the mayor of Edina. He is the chair of the Municipal Legislative Commission, co-chair of the Regional Council of Mayors, and a member of the Transportation Advisory Board to the Metropolitan Council. He also is a member of the Southwest LRT Corridor Management Committee.

Jon Koznick is the State Representative for Lakeville House District 58A. He is the assistant minority leader and serves on the Transportation Finance and Policy Division Committee. He is also a member of the Chamber of Commerce and serves on the Downtown Lakeville Business Association advisory board. 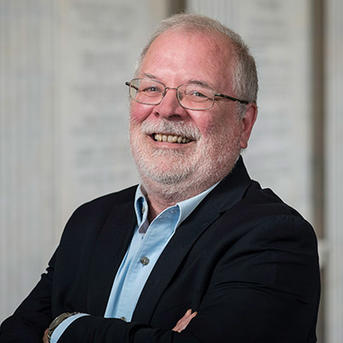 Lee Munnich was the founding director of TPEC. He was a senior fellow and directed the State and Local Policy Program at the Humphrey School for 25 years. His research focused on transportation policy and finance, congestion pricing, rural road safety, regional economic development, and industry clusters. He was a founder of the Mileage-based User Fee Alliance (MBUFA).

Atif Saeed was appointed chief financial officer of MAC in November 2019. In this role he oversees and manages two divisions: Finance & Revenue Development and Human Resources & Labor Relations. He had served as vice president of Finance and Revenue since September 2017; before that, he worked as assistant director of landside operations. He has also held management positions with the City of Atlanta at Hartsfield Jackson International Airport and the City of Minneapolis Public Works Department.

Schroedl was named MnDOT's chief financial officer in January 2018. She first joined MnDOT in 2010, serving as the agency's budget director and later as assistant director in the Office of Financial Management. Prior to MnDOT, Schroedl worked for six years at Minnesota Management and Budget (MMB), first as an Executive Budget Officer, working with state government agencies such as the Legislature, OET, constitutional officers and Finance/DOER, followed by working in statewide budget operations leading the statewide budget and fiscal note systems. Prior to working at MMB, Kristi worked at the Department of Revenue (DOR) for 14 years starting out as a research analyst in property tax. She later served as the agency budget and fiscal notes coordinator and was involved in DOR's strategic IT planning process and oversight.

Senator David H. Senjem was first elected to the Minnesota State Senate in 2002 and represents Senate District 25, which includes portions of Dodge County, as well as the northern and western portions of Olmsted County, including half of the city of Rochester. He is the current chair of the Capital Investment Committee and a member of the Transportation Finance and Policy Committee. 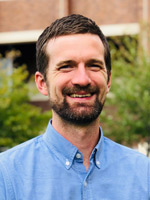 Kyle Shelton is the director of the Center for Transportation Studies (CTS). Prior to joining CTS, Shelton was the deputy director at Rice University’s Kinder Institute for Urban Research. There he led several research programs and oversaw external partnerships as well as overseeing overall Institute strategy.

Shelton has a PhD in American urban history from the University of Texas at Austin. He is the author of Power Moves: Transportation, Politics, and Development in Houston (2017). His research interests orbit around the intersections of the human, built, and natural environments.

Shelton has written and spoken widely about transportation and development policy. His work has appeared in the Houston Chronicle, Bloomberg’s CityLab, the Los Angeles Times, The Avenue (Brookings Institution), and the Eno Transportation Weekly.

Professor Catherine R. Squires is the author of multiple books, including Dispatches from the Color Line (2007) and The Post-Racial Mystique (2014). Dr. Squires serves on the Institute of Advanced Studies Advisory Board and was named a Bush Fellow in 2018.

Amanda Taylor is the director of research at GREATER MSP. Taylor provides intelligence and analytical expertise to inform business investment decisions and the execution of strategic initiatives that will accelerate economic competitiveness and inclusive economic growth across the Greater MSP region. She brings 12 years of experience in economic development and corporate site selection to the organization.

The Metropolitan Transportation Services Division coordinates long-range planning for all transportation modes in the Twin Cities Region. It is also responsible for contracted transit services in the region serving programs such as the region’s ADA service (Metro Mobility), Transit Link dial-a-ride, and suburban transit providers.